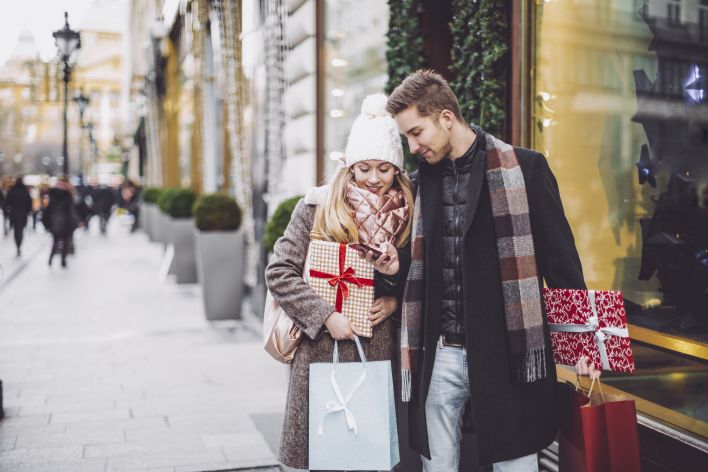 Do you have a holiday budget in place this year?

Holiday shopping. For some, it’s thrilling to spend hours going from store to store, painstakingly searching for that perfect gift for everyone on your list. For others, the thought of holiday shopping brings on a lot of uncertainty and anxiety.

The worry probably comes into play when you don’t have an actual firm budget in place to keep your gift spending in check. I for one know it’s so easy to get overzealous and spend beyond your means when shopping for gifts for others. This year, though, I have a gift budget in place and I’m sticking to it! The article below will help you, my fellow millennials, to do the same.

That’s the advice from personal finance website Money Under 30, which found millennials are less price-sensitive and twice as likely as the general population not to know their credit scores.

The site asked 612 adults, including 159 millennials, in April about their finances and what they thought about their own financial futures.

Overall, the survey confirmed millennials lack much of the basic knowledge a person needs to have healthy financial life, says Yoni Dayan, senior editor at Money Under 30.

A third don’t know their credit scores. Half aren’t contributing to a retirement savings plan, and 10 percent don’t even know whether they’re saving for retirement.

Dayan calls it an interesting contrast that, while millennials are more dissatisfied with their finances than other generations, they’re also much more optimistic.

Now that the holiday season is coming up, they are also perfectly positioned for financial disaster, given their precarious finances.

Americans, in general, took on more than $1,000 in holiday debt last year – and three-quarters said it was because they didn’t budget successfully for the season.

This year’s holiday spending is slated to top $1 trillion for the first time. In other words, the potential for taking on debt is higher than ever, especially for younger people.

For younger consumers, convenience rules, and Amazon shares part of the blame for making millennials less sensitive to prices.

“We order almost everything via Amazon Prime, with full knowledge that we could get the items cheaper with a bit more effort, but it’s just so easy to order it and expect it in two days or less,” said Priya Malani, a founding partner at financial planning firm Stash Wealth and herself a millennial.

Another danger of e-commerce: drunk shopping. Yes, that’s a thing, and millennials are the generation most likely to shop under the influence, according to Finder.com. Sixty-one percent of millennials admit to this. In comparison, just about half of Gen Xers shop online after they’ve had a few.

“Combined with our ‘you only live once’ [YOLO] mentality, it’s no surprise that we’re poised to be the biggest spenders around the holidays,” Malani said.

Malani recommends automating holiday spending with a small, monthly amount. “When the holidays roll around, they can put all expenses on their credit cards to hack those rewards points,” she said. “They know they have the funds to pay off the bill in full.”

How to do it: Figure out how much you spend or would like to spend. Set up your savings account to automate one-twelfth into a designated account. “The money accumulates all year, and you can blow it guilt-free at the holidays,” Malani said.

Make a list, check it twice. It seems obvious, but every person and animal you plan to buy for needs to be on that list. “Put a dollar value by their name and add up all those numbers,” Malani said. If you don’t have that money now or you won’t have the amount saved up, then you’re making a plan you cannot afford. “Hashtag, harsh but true,” Malani said.

What’s in your wallet?
Don’t spend money you don’t have. “Instead of thinking of your credit card as free money, think of it as a smarter way to spend the money you already have,” Malani said.

Never charge more than you can pay off when the bill comes due.

Treat your credit card like a debit card that pulls the money out of your account once a month. Would your family or friends really want you to go into credit card debt to buy them a gift?

Think outside the gift box
Some gifts, such as a Netflix membership, can be shared by several people in your family.

People who live far from their families might consider attending a family gathering. “The whole ‘your-presence-is-a-present thing,’” Malani said.

Try a gift exchange so you buy one gift versus gifts for everyone. Secret Santa arrangements are popular. Handmade edibles and DIY gifts are also a welcome change from the usual store-bought items.

So how will you be keeping your holiday gift spending in check this year? Leave a comment and let us know!