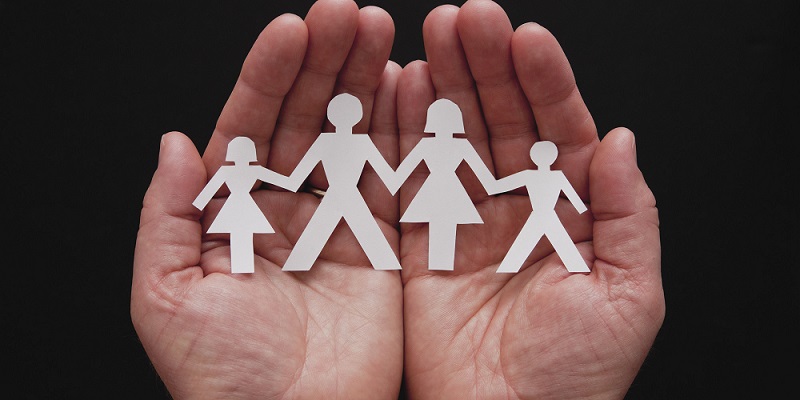 Money, that double-edged sword that you can’t do with and you can’t do without. And every day, you work so hard, so that one day you can retire and live the rest of your life in peace and solace. Everyone wants only the best for their families and their loved ones. And it kills you to think that it will not be long before the rivers run dry and you’re left wondering “Well, how?” The answer is estate planning.

There will come a time when life will come full circle and you should ask yourself now if you are well armed to come face to face with the reality of life, yes, death. It is only wise to think about what your dependents will fall back on once you’re gone. Although the thought of leaving your earthly body is a tad disconcerting and undesirable, it is, in fact, a reality that we must come to grips with. So, don’t let all the scary mumbo jumbo discourage you from doing what’s best for you and your loved ones.

Here are a few pointers to take away to leave the world knowing that you have aced the process of safeguarding and protecting your legacy and have left behind a healthy and self-sufficient family.

More information on Will Planning and Procedure

Estate Planning: Don’t be fooled by the word ‘estate’. Estate planning literally means managing and transferring everything you own after you die. Your car, your apartment, savings and checking account, furniture, property, wealth, jewelry, life insurances and everything that has a certain value in the market. It involves the process of distributing your worldly possessions among your loved ones after you die.

Creating a comprehensive estate plan in the presence of your financial planner and legal adviser, saves your family the hassle of dealing with fraudulent claims and property conflicts. In the United States, assets left to a spouse or any qualified charitable trust are not subject to U.S. Federal estate tax. Assets left to anyone else even the decedent’s children are taxed if that part of the estate has a value of more than $11,180,000.

No matter how large or moderate, everyone leaves behind an estate. An estate plan begins with a will or a living trust. A will provides instructions on how you choose to distribute your wealth and other possessions. However, it is not exempt from probate, which is essentially establishing the validity of a will in a court of law. Au contraire, a trust doesn’t have to die with you. You can appoint a trustee to manage your assets until your benefactor reaches the age where he or she can claim your possessions.

Assets can stay in your trust as long as the beneficiary is a minor and will cascade to the aforementioned person per your living instructions. You should have 5 basic estate planning documents: A Will, A power of attorney, a healthcare power of attorney, a living will and a revocable living trust. Your legacy could be anything from robust credentials, extreme wealth, a myriad of titles or simply some joyous moments you lived out every day. Leaving behind a successful legacy is of utmost importance, because this is what truly tells your loved ones how much or how little you cared.

How would you like to be thought of after you’re gone? Whether you are a famous celebrity, a powerful business tycoon or an ordinary Joe, you want to be remembered fondly. And leaving behind a successful legacy is just the way to do that.

Protecting your loved ones even after you’re gone: Most nuclear families today have only one breadwinner to provide for the rest of the family. An untoward incident or sudden demise of such a breadwinner can jeopardize his or her family’s safety and financial security. It is important to safeguard your family by setting some wealth protection goals. Purchasing a comprehensive and well rewarding life insurance is a sure fire way of securing your loved ones financially.

And as J.K. Rowling once said, “To the well-organized mind, death is but the next great adventure.” Well, one can safely say that she hit the nail right on the head.

Have any questions? Need professional help? Contact our service professionals at Flagship Financial.

Healthcare insurance coverage is provided by several private and public sources in the United States. A vast majority of the American population is covered under a Federal program called Medicare, which covers a pool of 53 million people over the age of 65. Approximately 272 million people under the age of 65 either obtained their coverage from employer-based (155 million) or non-employer based (90 million) sources or were uninsured (27 million).

Approximately 15 million military personnel received coverage through the Veteran’s Administration. Another joint federal and state program called Medicaid helps with medical costs for some people with limited income and resources. You may qualify for free or low-cost care through Medicaid based on income and family size. Medicaid provides health coverage for most low-income people, families and children, pregnant women, the elderly, and people with disabilities. This program is applicable in every state in the United States of America. This was a brief overview on the different Federal Programs one can qualify for within the United States.

Costs: In the U.S. medical industry, you as a patient will have to wait until after a medical service is provided in order to get access to the pricing information. More often than not, it is the insurance companies and other institutional payers that are privy to pricing schedules. Most Doctors, hospitals and medical practices choose not to share these schedules with the patient and engage the insurance carriers instead. For those who are uninsured, the pricing schedule is presented after the medical procedures are carried out. They have to pay these medical bills out of their own pockets.

Organizations such as the American Medical Association (AMA) and AARP support a fair and accurate valuation for all physician services. The main objective of such organizations was to ensure that every American citizen has access to pricing schedules and was given a fair price opportunity for the medical service they were provided.

Medicare and Medicaid: Medicare spending went up by $22 billion which was nearly 4% in the year 2017. The rise in this trend was mainly because of an increase in the number of people who enrolled under this program. Medicaid spending rose by $7 billion (2%). The Affordable Care Act is partly responsible for this upward movement. Medicare spending was $595 billion and Medicaid spending was $375 billion. Medicare covered 57 million people as of September 2016. While, Medicaid covered 68.4 million people as of July 2017, 74.3 million including the Children’s Health Insurance Program (CHIP).

Individual Costs: The estimated health insurance premium for single coverage was $6,400 and family coverage was $15,500 in 2016. These figures were estimated by The CBO (Congressional Budget Office). These costs are usually covered by an individual’s employer. According to a report by the Kaiser Family Foundation a family insurance premium averaged $18,142 in 2016, up 3% from 2015, with the employee paying $5,277 towards that cost and employers covering the rest. Single coverage premiums were essentially unchanged from 2015 to 2016 at $6,400, with employees contributing $1,129 and employers covering the remainder. According to eHealthInsurance, premiums for individual coverage averaged $321 per month while premiums for family plans averaged $833 per month. The average annual deductible for individual plans was $4,358 and the average deductible for family plans was $7,983.

Prescription Drugs: According to a report by the OECD, an average American spent nearly $1,162 on prescription drugs in 2015 alone.

As costs increase more people are enrolling under different federal/private insurance programs to safeguard themselves and their families. The total sum of uninsured people in the United States has seen a downward trend especially after the placement of The Affordable Care Act.

Do you have any questions? Contact our service professionals at Flagship Financial and schedule a consultation.